The university Malaga is located in the southern Spanish city of Malaga, which lies on the Costa del Sol, taking us to the beautiful sandy beaches of the Mediterranean Sea. There are two campuses found in the centre city and various branch or associated campuses in the neighbouring cities of Antequera and Ronda.

Thanks to the great interest that the natives in Malaga showed for wanting their city to be important not only in tourism but also in technological advances, the university Malaga was finally inaugurated in 1985. The main courses for the majority of the over 40,000 students enrolled are technical ones. However, there are very interesting spanish course in Malaga at the university Malaga.

How and why to do the spanish course university Malaga 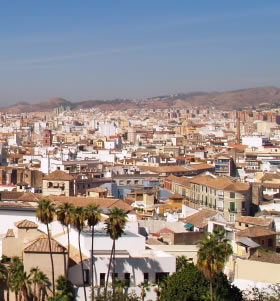 The spanish course Malaga is open to anyone who is 16 years of age or older. The need for higher education is becoming more predominant in our ever growing world and the need to learn from each other, to share our knowledge and to live in harmony is achieved when we have the opportunity to study in other countries and university like the university Malaga. We not only learn spanish or any other language in buildings but also by comparing and contrasting lives and culture.

The duration of the spanish course Malaga vary from three weeks to one year. The one year course is usually divided into two consecutive semesters: from the beginning of October to the end of January and then from the beginning of February until the end of May. There is a wide range of time spans and courses to choose from. Each one can be personally selected for everyone´s personal needs. It is obvious that the longer you stay, the more you will be able to learn the spanish language both in and out of the university Malaga.

The excellent teaching staff allows the university of Malaga to offer an ample variety of spanish course to learn all the aspects that surround the spanish language. 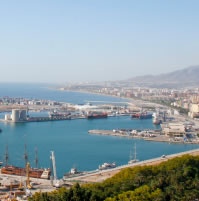 For all of these classes there are various options. You can always do an Individual Intensive spanish course at the university Malaga which are given by experienced teachers at a rate of about 22 euros a class. It is not the same as being in a class situation with other students to chat up with but the results are amazing.

The three weeks course have 20 days of actual spanish course material and cost from 515 euros to 525 euros, lodging not included. For lodging, the university Malaga can help you with different options such as:

For those wanting a diploma to add to their curriculum, you are required to attend 80% of the classes given and pass the final exam. If you carry out these two requirements, you will be rewarded a spanish course certificate from the university Malaga. There are also other choices of certificates such as the basic certificate in Business and the Diploma in Business. These are separate exams and are held twice a year. If you wish to think and even dream in spanish, then the university Malaga with its spanish course is the best deal you can find.