The Malaga airport, in my opinion, is one of the best in Spain. Due to its constant flow of tourists wanting to visit all of the Costa del Sol, the airport in Malaga Spain has learned through many years of experience the needs, necessities, demands and adequate services that an excellent airport has to give to its patronising customers.

Thanks to the fact that Malaga city is strategically situated among an endless amount of interesting tourist attractions and cities such as Torremolinos, Marbella, Fuengirola, Estepona and nerja, not to mention at a little further distance Granada, Gibraltar and Cadiz, the airport transfers from Malaga airport are extremely efficient.

How To Transfer From The Malaga Airport By Public Transport 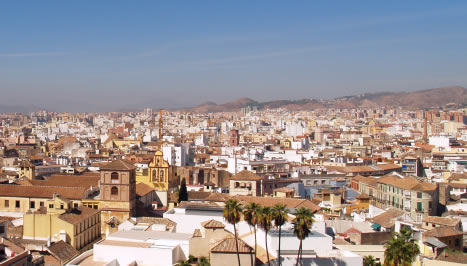 The airport in Malaga spain is about 6,5 kilomters going towards Guadalmar town to the west. When arriving by plane, there are scores of ways we can choose to get around the Malaga area and do airport transfers from Malaga airport.

Our current list of Malaga airport arrivals keeps track of flights arriving at the one of the most important airports along the Costa del Sol. Same if you are looking for flights departing from Malaga, you can find those at the Malaga airport departures area.

As we can clearly appreciate, the Malaga airport is an ideal landing spot to start your holidays in the south of Spain or combining it with other flights heading out from Malaga airport.