In this edition of our Alicante-Spain.com Newsletter we would like to wrap up lots things happening here at the Costa Blanca and in Spain in general.

Our main article in this edition covers the current economic climate in this beautiful country, so something a bit different from our “normal” holiday recommendation newsletters.

We just felt its a good idea to give you a bit of closer look on what it is like living here – in a country at the edge of bankruptcy. 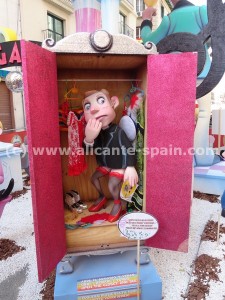 What it tells us about the current Crisis in Spain

Instead of just writing a boring piece on how bad things are in Spain, we combine it with pictures from this years Hogueras festival which took place in Alicante in June.

Let us take you on a walk – a walk around some of the sculptures and miniatures. I promise it will be a really different way to look at the current economical crisis in Spain.  😀

We hope you enjoy and have some fun with our “ Walking Through The Crisis in Spain at the Hogueras de San Juan 2012!” article here.

In our Spain forum, we got an interesting story from our reader Carole Leonard asking if Ryanair is above the law. She reported that Ryanair denied free transport of duty free goods she bought at the duty free store at Alicante airport. In case you ever run into the same issue of any airline at the airport in Alicante, denying you free of charge transport of duty free goods, just head over to the pdf on our spaintips.com Ryanair forum thread here and show them the official press release from AENA the spanish airport authority, clearly stating all airline are forced by law to transport duty free goods always and free of charge.

I updated the timetables for the local bus from the airport to Santa Pola, Arenales del Sol and Gran Alacant here. The bus service is still only running Mondays through Fridays (NO service on Saturday, No service on Sundays).  Until the 31.August it will be running 7 times daily in both directions. Updated timetable for the bus from Gran Alacant and Santa Pola to Alicante Airport is here.

In the “economic” news here around the Costa Blanca is the upcomming increase in VAT tax. Starting 1.September 2012 Spain will raise its VAT from currently 18% to than 21%. No need to be an expert to understand that this will even further slow down economy.

Also in the news – the effective bankruptcy of two large Spanish communities (regions). The Community of Valencia (hosting region of the Costa Blanca) and the community of Murcia ( south of Valencia) have both requested bailout money from the central government in Madrid. Both communities have been struggling to pay employees or contractors, which left them no further option than asking the Spanish government for bailout money. … just another sad chapter in the ongoing downward spiral in our beautiful country.

We updated our Alicante flights page with some new direct flights to Alicante airport here.

Thanks to Markku O. Virtanen for the info on the Air Finland/Norwegian flights changes from Alicante to Helsinki, to Martin Gee for the tip on East Midland flights and to Kent Johansson for his hint on the Ryanair flight from Vasteras Sweden to Alicante. If you find any new direct flights from your country to Alicante, please contact us so we can keep our page up to date.

Pictures from Our Morning Beach Walk

And finally – of course – some pictures from our local beach here in San Juan de Alicante, taken this morning. 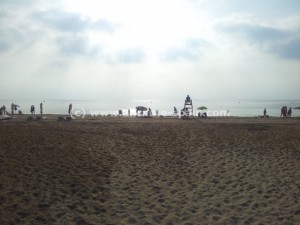 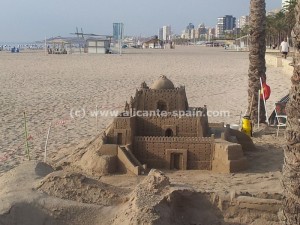 I hope our little beach walk impressions make you look forward to your next holidays around our beautiful Costa Blanca.

All the Best and Happy Holidays wherever you are,

PS: To leave a comment or suggestion about this newsletter, please reply to this post in our Spain Forum.