The city of Orihuela Spain lies about 50 km south west of Alicante, just between Elche and Murcia.

With about 50 000 habitants Orihuela is a major city in the area. You can best reach Orihuela using the national road N 340 from Alicante.

Orihuela is the capital of what is called “La Vega Baja” (or the low fertile lowlands), one of the largest regions in the province of Alicante which pertains to the Valencian Community. It is about 57 kilometers south-west of Alicante heading inland although the region’s land reaches until the Costa Blanca.

It has one of the largest cultural heritages in this area and was home to the famous Spanish poet Miguel Hernandez. It reached its peak of importance in the VIII century because it was the main headquarters of the Dukedom of Teodomiro. This nobleman converted Orihuela into the capital of the Christian kingdom. Later on, during the Muslim overtake, the city was able to conserve its independence until the IX century.It was reconquered by Jaime I in 1265 and given to Castilla although it was repopulated by people from Catalunya and Aragon. In the XVI century, it was graced with being the Episcopal Headquarters. Up until now, it has taken great pride in maintaining all its monuments.

There are especially two monuments to see; The Cathedral and the Palace of Rubalcalva. The Cathedral was built on grounds where a mosque had once been in the XII century and shows a Gothic style. Through the entrance called Door of Loreto added on in the XV, you can lay your eyes on a beautiful Baroque organ. Through another entrance, the Renaissance style is evident.

The Palace of Rubalcava was inhabited by members of this family up until 1933 and in 1976 it became property of the town. It has a sweeping marble staircase that takes you up to the noble main salons – the red salon with family portraits, the yellow salon used nowadays for weddings, the dance hall or hall of mirrors with a French air.

Bask In over 16 Kilometres of Coast 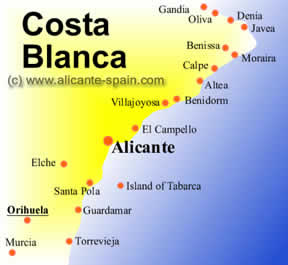 Orihuela has 16 kilometers of beach which lie about 20 kilometres from the main city but are neighboured by Torrevieja to the north. So, if you are to visit this city, look for good accommodations along one of the following beaches; Mil Palmeras, Campoamor, Zenia, Cabo Roig, Punta Prima or Playa Flamenca.

If you are to be staying longer or in a large group, there are many neighborhoods surrounding these beaches where you can rent hotel-apartment type lodgings or chalets. All the beaches are well indicated and have been awarded the blue flag ( approved by an official government organization) for the well-kept conditions they always maintain. 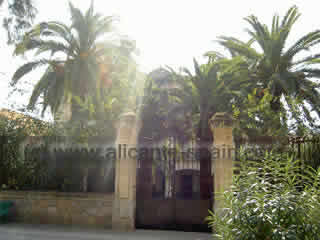 All of this and other coastal cities like Calpe, Denia, and Torrevieja are so easy to reach. If flying in, you should go to either the Altet Airport in Alicante city or to San Javier Airport in Murcia. If you are coming from the north on the Mediterranean coast, then take the pay highway AP-7 to freeway A-7, getting off at exits 80 and 81. Or if coming down from Madrid, the freeway called Alicante-Madrid.There is a train station in Orihuela called Intermodal Train Station from where you can get other public transport to the beach area ( buses called Costa Azul) or other cities around.

Famous for the palmeral a huge palm tree forest and the river Seguria, Orihuela has been the base of the bishop which contributes to large parts of its important architecture. Considering that many of these palaces and churches have been recognized as national monuments, for those of you who like to get a dive into history and culture of the area, the city is perfect. 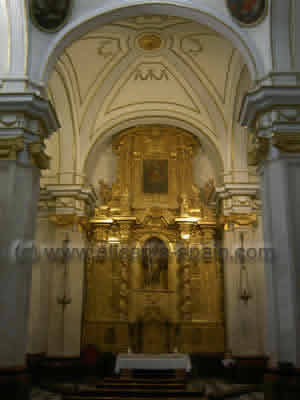 Churches and palaces in Orihuela

North of the river Segura which cuts through Orihuela you will find the Palace of Rubalcava, where the tourist office found its place as well. The palace gives you a perfect inspiration and impression into historic live. It is open to the public from Mondays to Fridays.

Just at the back of the palace you will find the church of Santiago which was built in the 15th century. At the inside of the church an impressive sculpture of the family of Francisco Salzillo dominates part of a chapel.

Around the entire area of Orihuela, you will find many many more churches and palaces such as the church of Santas Justa and Rufina or the palace of Conde de Granja or the cathedral de San Salvador. With a further handful of interesting museums and buildings, Orihuela is one of the most impressive towns if you want to get a cultural break from your sunbathing Costa Blanca holiday.

With the rather high temperatures of Orihuela weather, you might at least consider not to overdo it and visit to many of these fantastic buildings in one day. Give it some time and enjoy Orihuela.