Every year the same routine sets in at our household arriving mid September. Our daughter Anna gets back to school and the neighbors at our little 30 house community neighborhood all seem to change gear. As if somebody was announcing “Summer Holiday Season is Over!” , everybody seems to get back into working-mode.

For me this time of the year means answering viewer questions from travelers, but more work on updating information on the website.  Especially bus companies tend to run different timetables in summer vs. the rest of the year, which made me rework some of the transport pages. Especially transfer buses from and to Alicante airport.

Most importantly for this months: Alicante got a brand new downtown bus terminal which will make traveling around the Costa Blanca and to cities around Spain much much more easier.

So, here are the most important updates and news for Alicante and Costa Blanca travelers: 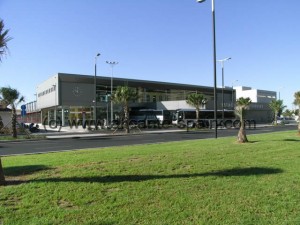 Starting early September 2011 the new bus terminal in downtown Alicante has been inaugurated. Located close to the harbor area, it replaces the old overcrowded bus station in the city center. The updated Alicante bus station page lists bus companies, a map and instructions on where to best exit the Alicante airport bus to get to the downtown bus station. 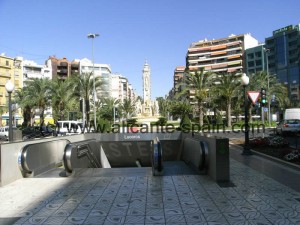 Where To Catch The Alicante Streetcar And Local Train To Benidorm and The Northern Costa Blanca?

One of the areas where we got a lot of questions this past summer was regarding the local streetcar train which goes from downtown Alicante straight up along the coastline to cities like Altea, Benidorm, Calpe and even Denia. Answering a lot of those questions one by one, it dawned on me that our pages about the streetcar system need some reworking.

So, I added a map showing all important cable car stations in downtown Alicante and the important stations which connect you to the Alicante airport bus. I hope you find it much easier now, to use this excellent and cheap local transportation system on your next visit in Alicante. 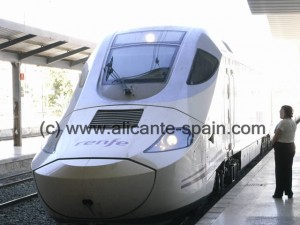 How To Get To Alicante Train Station?

Alicante is still waiting to get connected to the high speed train ( AVE ), but I got a chance to improve the information for travellers how wanted to know how to get best to and from the train station to other cities around the Costa Blanca, by bus or streetcar. The updated Alicante train station page here, should hopefully make things more clear. 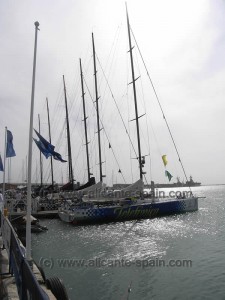 Consider a Weekend Trip To Alicante in October !

The Volvo Ocean Race 2011/2012 is starting this year in Alicante. Next to the Americas Cup, it is the most prestigious sailing competition in the world and it sets sail here in Alicante on October 29th. It is the second time Alicante is hosting the Volvo Ocean Race as departing harbor. I still remember 2008 when our family was fascinated by the high-tech yachts and wonderful flair of Alicante’s then new sports harbor.

With two regattas an in-port and a pro-am race on the weekend of October 29th/30th 2011 , I think it would be great “excuse” for you to head over and enjoy fantastic sports and (most likely) excellent weather :-). Hotels in Alicante are generally inexpensive during off-season and you might certainly be able to find a cheap flight.

Further information on the Volvo Ocean Race in Alicante here. Don’t miss it! 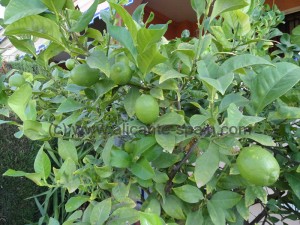 Straight From Outside My Window… How is the Lemon Tree doing?

Finally, as promised to our readers Glen Watkins, UK and Jessica Lange, GER; I add another picture of the lemon tree outside of my office window.  We showed an image of our little lemon tree in our small garden a couple of newsletters back. Just as a reminder on how little things in life can sometimes bring a smile on your face.

Watching this lemon tree grow over the years from 1 single lemon in 2003 when we first settled here in Alicante to now in 2011 (over 30 lemons), it just shows you how much nature evolves around us.

And we – as busy as we pretend to be – do overlook this way too often… – so lean back and enjoy mother nature around you!

This is it from Spain for this edition of our free e-mail newsletter. Back to the initial remarks about September being the get-back-to-work months, I hope we where able to give you a bit of summer holiday feeling from the sunny Costa Blanca. Would be great if any of you could make it and come over to experience the Volvo Ocean Race – if not – we will keep you updated with lots of pictures and hopefully useful information from Alicante, Benidorm, Torrevieja and the entire Costa Blanca.

Best Regards from San Juan de Alicante to Wherever you Are in the World,